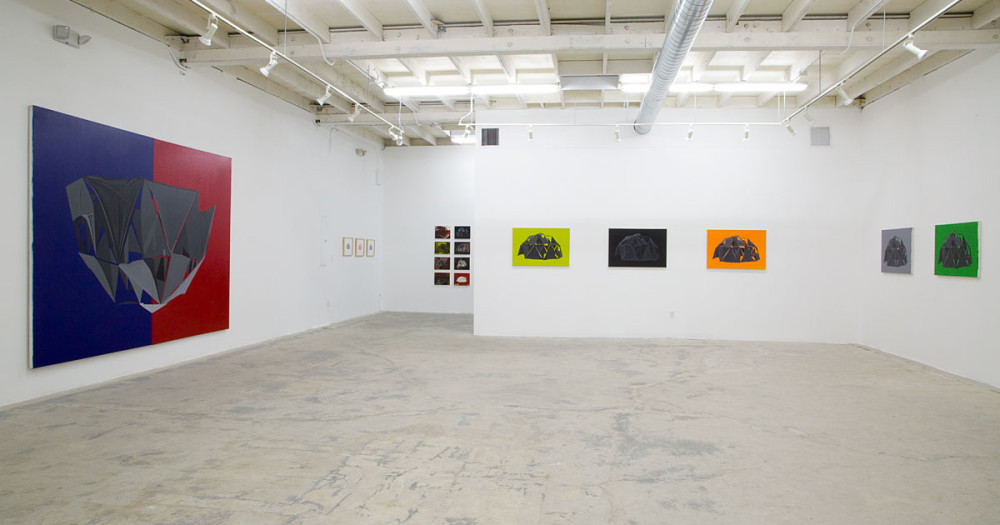 MIM Gallery is pleased to present No Abode, a one-person exhibition by Los Angeles-based artist HK Zamani. This is the artist’s first solo show at MIM Gallery.

Persian architecture likely inherited an architectural tradition of dome building dating back to the earliest Mesopotamian domes. The most primitive constructions were made with bricks that were dried in the sun and were ephemeral. The ones that have survived were built with rubble stones.1 Domes and tent-canopies were also associated with the heavens in Ancient Persia and the Hellenistic-Roman world.2

HK Zamani began constructing a number of life-size domes in 2003. Structurally, they shared the same materials as his fabric and armature paintings/works (1993–2007). The fabric and armature works were also explored in relation to architecture, and were referred to as “room paintings.” Entire rooms were covered with mesh fabric, producing Moiré patterned surfaces, experienced as liquid architectural environments.

Zamani’s work contains references to traditions of East and West. His domes are geodesic domes, a combining of an ancient tradition with modernism. The domes’ diaphanous, mesh sheathing does not offer functionality to the form, but does offer the opportunity for viewers to lose themselves in the folds of its drapery, focusing not on representation but abstraction. These paintings paved the way for Zamani’s more recent abstractions, and the exploration of paint and ghostly matter.

Iranian-born artist HK Zamani (Habib Kheradyar Zamani) lives and works in Los Angeles. His work is guided by extreme influences ranging from asceticism to psychedelia. He has exhibited in many cities, including New York, San Francisco, Chicago, Berlin, London, Vienna, Prague, Seoul, and Saigon. His work is in the permanent collections of Los Angeles County Museum of Art, Berkeley Museum of Art, and AD&A Museum at UC Santa Barbara. He has received the COLA grant and the California Community Foundation Getty grant. Zamani is the founder and director of PØST (1995–present), a subversive venue for contemporary art, where over four hundred exhibitions have been presented.

An opening reception will be held on Saturday, October 24, 6–9 pm.