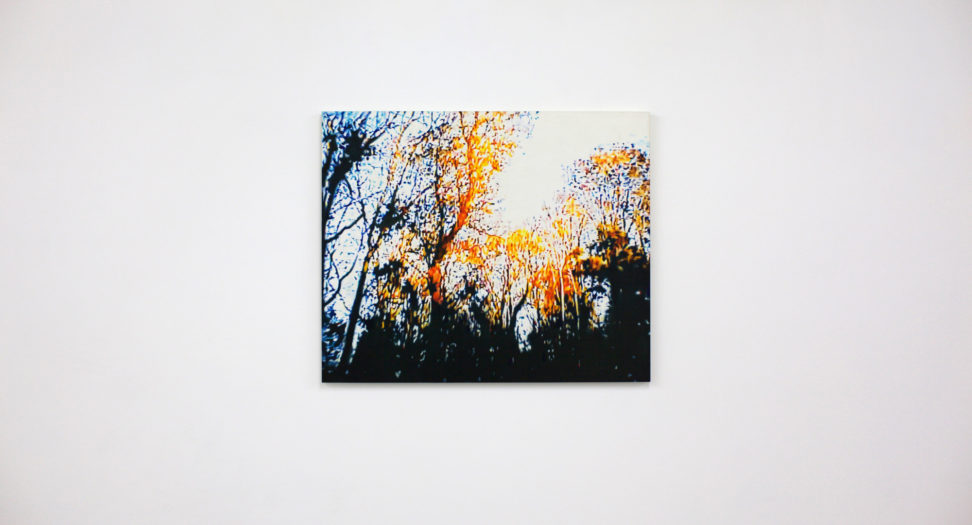 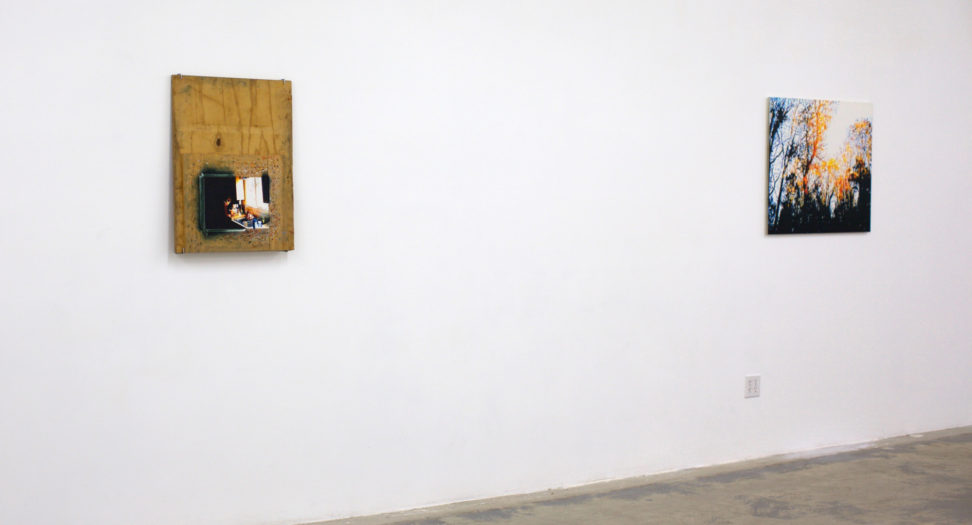 MIM Gallery is very pleased to present Winter, a solo show by Los Angeles-based artist Ed Johnson. This is the artist’s first solo show at MIM Gallery. An opening reception will be held on Saturday, February 25, 6–9 pm.

Not long after my mother died, after the funeral in Charlotte, after I’d got back to LA, say, early December of 2013, I was driving home east on Palmer approaching Adams, taking in the windows of the houses on the hill, the line of the hill against the sky, the winter’s clarity, when the thought of my mother’s absence just crushed me. Had my mother ever seen California in winter? Once, I think. There was nothing common between us in that sky torn in small places by clouds, but the absolute fact that the city I’d come back to was something she would never see was almost unbearable. I don’t know why beauty in this instance was provocative and not palliative. I’m not even sure what I mean when I use the word beauty: maybe I’m thinking of something that cannot be framed, that exceeds the frame; maybe beauty is something constant and self-justifying, that, pre-existing the frame, need only be framed. Maybe beauty, needing only to be framed, awaiting the right imagination, the right expression in the material world, is an idea that so clarifies the actual, it destroys the frame. And though death frames the beautiful thing in a way that disallows our previous reception of it, the persistence of the beautiful thing makes us realize how oblivious the universe is to disruption caused by sorrow. Beauty reminds us that things remain the same even though things will never be the same.

I spent that winter hiking in the San Gabriel Mountains, leaving my Mom’s ashes upon the peaks of the Lower Range. On the various ascents, I took thousands of pictures; there was too much to behold. Though I am still a painter making photographs, and though painting is not light transcription, but the superficial description of light that dwells within opaque material, and though the mark of a painting accrues over time, and I would never expect a painting, as I would a photograph, to be transparent to any moment, still, as a professional who’s disobliged to the casual image, I wish I had something to say about the motivation of the pictures I ended up deeming good. Issues of knowingness and earnestness – an earnestness that is not mocked by knowingness, a knowingness not ironized by earnestness – did not occur. I don’t know if beauty or banality holds sway in these pictures. They lack the business of daily life that might make them proper photos, proper reliquaries. The object of devotion necessary to a photograph is only implicit here. I have thousands of pictures of trees: rhizomatic thatches and forests of so many unfathomable parts that they can’t but be seen as a unity; palisades of trees before the crumbling missile defense post; trees burned in the Station Fire, black at the core, gone white at the extremities – in their annealed, supplicant figures, a humanity. Valery said (or Derrida said Valery said) that a tree is the moment where water rises to become light: a tree is a figure of association and transformation; it is a concrete, living example of nature’s drive to metaphor; its existence is the third term born from the similarity of things that are not the same. In its towering self-reference, it is insufficient to the suffered realities of life and death, of love and grief, and alien to the uncomfortable metaphors we make to ease the pain.